Another focus of PASSIA’s Civil Society Empowerment project was Promoting Good Governance. The project was based on the notion that the achievement of good governance (transparency, accountability, rule of law, minority rights and ab­sence of corruption) is a learning process that could be most effectively assisted by capitalizing upon the experiences of other emerging democracies or states in tran­sition. It aimed to help develop a responsive, effi­cient and credi­ble public sector, with a transparent legal system and independent judicial institutions. The latter was par­ticular important given the fact that in countries transitioning to democracy, and the Palestinian case is a good example, the system is often weak and torn between in­compatible institutional mandates and traditions. Moreo­ver there is often a ten­dency to revert to more familiar patterns of authoritarianism – as displayed in the neighboring Arab states - and abuse of power rather than fostering the rule of law.

The project was a combination of research and workshops to analyze both the Pales­tinian democratization experience as well as the lessons and pitfalls of other coun­tries in their attempts to promote and introduce concepts of participation, decen­tralization, accountability, transparency and rule of law.

As part of the project, a resource database was put together, containing informa­tion about experts and expertise in the field of ‘Good Governance’, which was made accessible via PASSIA’s website.

The other project component - a series of intensive workshops - examined Pal­estine’s experience to date as well as that of other countries with regard to the following four major topics: The Rule of Law, Democracy and Democratization, Decen­tralization and Local Government, and State-Society Re­lations.

For each of these sub-topics three (series of) sessions were held beginning with pre­paratory or brainstorming meetings, in which local civil society practitioners, rights activists etc. identified existing work under­taken locally in the subject area as well as the main topics to focus on with regard to the Pales­tinian case. Based on the results of these sessions, explicit topics for the second session were selected and respective possible expert speakers approached and invited.

The second set of sessions included speakers from other emerging democracies to address a given topic. Based on this in-depth look at the best practices other states in transition developed, their failures, missed opportunities, and lessons learned, it was hoped to find successful ways to tackled the problems ahead for the Palestinian case.

A third set of sessions then discussed the results of the previous meetings with lo­cally concerned people and prepared recommendations and ways how to introduce and implement the necessary policies at a national Palestinian level.

The Rule of Law in the Palestinian Judicial and Political System

The Rule of Law in the Palestinian Judicial and Political System

Rule of Law in the Palestinian Judiciary and Political System

The Concept of the Rule of Law and Islam

The Palestinian Constitution and the Rule of Law

Expert Meeting on: The Rule of Law Application and Transfer to Democracy in South Africa 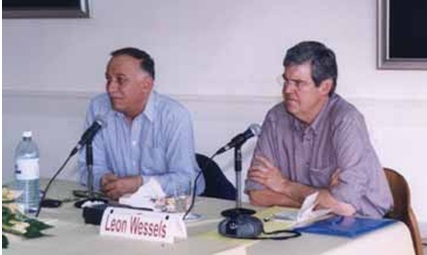 The Rule of Law and Democratization Efforts in Palestine

Towards a Culture of Democracy in Palestine 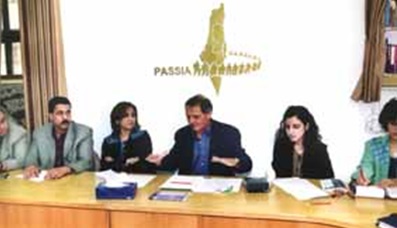 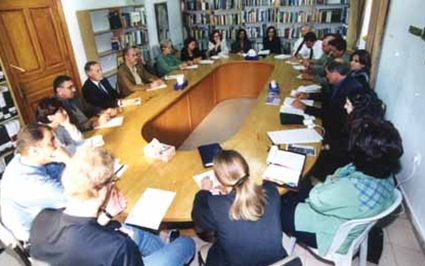 Culture of Democracy in Palestine