In 2001, PASSIA and the Berlin-based Stiftung Wissenschaft und Politik (SWP) agreed to cooperate within the EuroMeSCo work program as lead institutes for a working group on “Issues of Governance.” EuroMeSCo (the European-Mediterranean Study Commission) is a network of inde­pendent institutes and research centers, which deal with subjects related to security, foreign policy and international affairs. It functions both as a confidence-building measure and a provider of expertise in areas of relevance to the European-Mediterranean Partnership (EMP) area. PASSIA was one of the founding members in February 1994. At the time of the project, EuroMeSCo was composed of 35 members and 8 observers from 27 EMP countries. Within the network, working groups are set up to conduct re­search on certain issues, the findings of which are regularly discussed in workshops organized and hosted by one of the member institutes.

The PASSIA-SWP working group was based on the notion that good governance - based on transparency, accountability, respect for minority rights, and absence of corruption – the rule of law, and an active civil society are for enhanced coopera­tion in the economic and political fields, but also central components in creating a basis for ensuring long-term stability in the EMP region. The project consisted of two main components – research and workshops – with contributions of researchers from various EMP countries broadly focusing on three top­ics: civil society, the role of institutions, and the rule of law.

As part of the research component the project aimed at analyzing and explaining why and how governance-related issues should be dealt with within the EMP context, how institutions (government agencies, civil society organizations and private sector) and people understand the processes of decision- and policy-making, how prevailing laws and policies effect their behavior, and how they participate in the process of policy formulation. As part of the research component also a database on experts and expertise in the field of ‘Governance’ from within the EMP (institutions and individuals) was established, which was made accessible to all members.

The workshop component consisted a series of coordinating meetings between the lead institutes (PASSIA and SWP) on project-related activi­ties and four full-day workshops – in Ramallah, Jerusalem, Amman, Dublin and Berlin - in which research papers and other relevant issues related to civil society and govern­ance were discussed, recommendations were made and guiding principles for decision makers and other actors were developed. In detail, the workshop dealt with the following subjects:

The Dynamics of the Civil Society and the Political Regime

9:30-12:30 Panel Discussion - The Role of Civil Society in Promoting Democracy and the Rule of Law

In addition to the above program the 11 September attacks in New York and Washington, were discussed, and the repercussion these will have both in the Middle East and rest of the world. In particular, the discussion revolved over the expected impact on the Palestinian question and the Palestinian-Israeli conflict.

Civil Society and Good Governance in the Euro-Mediterranean Partnership 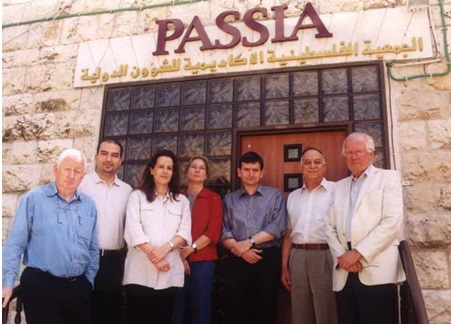 14:30-16:00 Implementing State Reforms and the Role of Civil Society 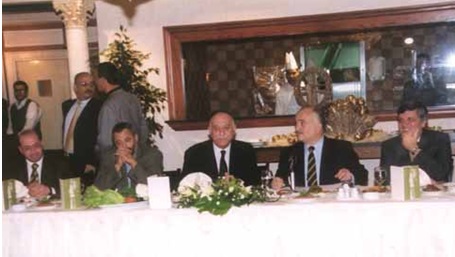 Civil Society and Economic Development in the Southern Mediter­ranean - The Impact of Socio-Political Structures on Technological Modernization, Investment, Competitiveness and Economic Growth

Organized by: SWP, Berlin; PASSIA, Jerusalem, and the IEA, Dublin

Governance and Civil Society in the EMP: An Outline of the Final Report